Why search the web? How do you search it? And how do you determine what you've found is reliable? Explore this guide to learn more.

confirmation bias is a "subconcious tendency to seek and interpret information and other evidence in ways that affirm our existing beliefs, ideas, expectations, and/or hypotheses. Therefore, confirmation bias is both affected by and feeds our implicit biases. It can be most entrenched around beliefs and ideas that we are strongly attached to or that provoke a strong emotional response."

Source: Facing History and Ourselves

This work is licensed under a Creative Commons Attribution-NonCommercial-ShareAlike 4.0 International License.

Founded in 1909, the Society of Professional Journalists (SPJ) has a code of ethics that journalists are encouraged to honor. While not every news outlet may adhere to this code, there is an expectation that mainstream news organizations will follow these ethical guidelines.

SPJ members "believe that public enlightenment is the forerunner of justice and the foundation of democracy. Ethical journalism strives to ensure the free exchange of information that is accurate, fair and thorough. An ethical journalist acts with integrity." According to the SPJ, the four principals of ethical journalism are: 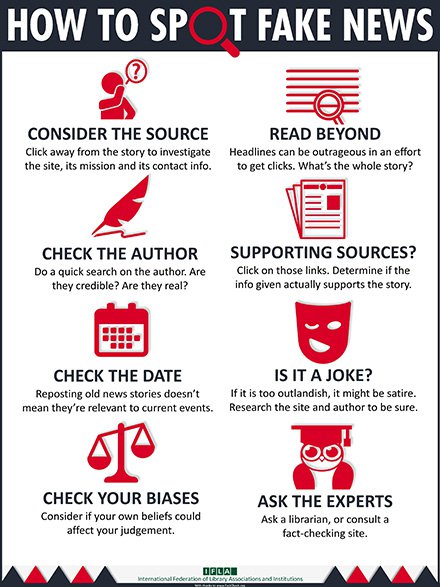 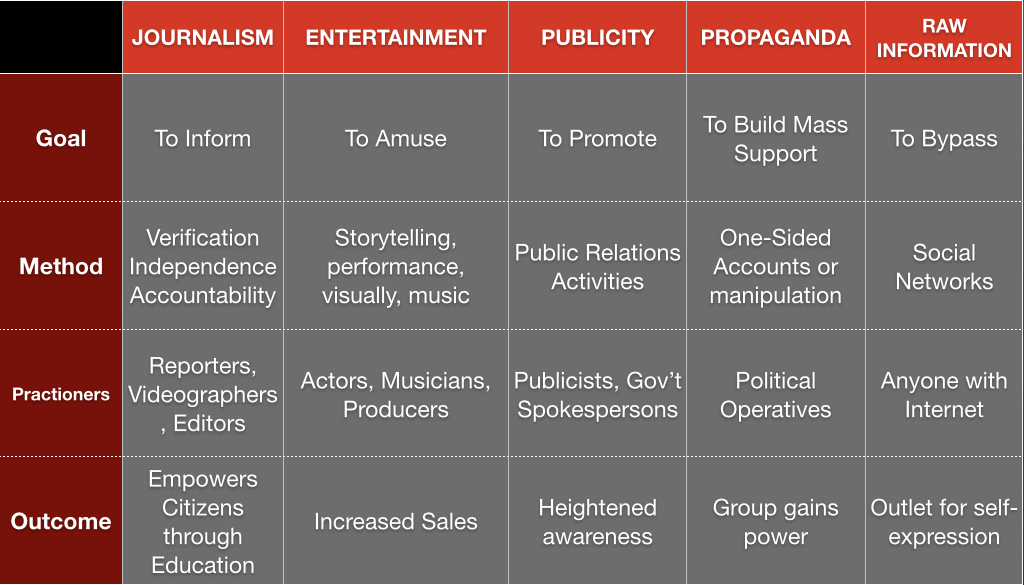 In December 2016, Vanessa Otero, a patent attorney, created a chart for evaluating bias and quality of news sources. While her chart is not meant to be comprehensive, it does provide a tool for considering where a particular news source might fall on the spectrum she provides. Below, is the most current version of her original chart. Here is what Otero had to say about her chart (you can read her entire post here):

"Remember that journalism is a professional and academic field with a set of agreed-upon standards. People get degrees in it and people who are really good at it get jobs in it at good organizations. Peer review helps ensure mainstream sources adhere to standards; if a story doesn’t meet those standards, other news outlets report on that. Not believing the mainstream media just because it is mainstream is like not believing a mainstream doctor or a mainstream lawyer. Sure, you should question and rate the quality of what the newspaper, doctor, or lawyer says, but you shouldn’t dismiss them out of hand because the paper is big, the doctor works at a hospital, or the lawyer works at a firm."

Below, is a static version of the chart. Click here to see an interactive version of The Media Bias Chart 9.0

Get Multiple Points of View